The ConnectLA team is the broadband resource in Louisiana. The Office of Broadband Development and Connectivity is housed in the Louisiana Division of Administration and strives to eliminate the digital divide in Louisiana by 2029. Our aim is to coordinate federal, state and municipal efforts identifying best practices and tactics necessary in our mission. We have had the privilege of visiting with local stakeholders and hundreds of Louisiana residents: parents, teachers, small business owners, healthcare workers, farmers, first responders and everyone in between. We are inspired by their motivation to stamp out the digital divide in their communities as soon as possible. Our office is operating under that same sense of urgency to ensure financial resources are available to address issues surrounding access, affordability and digital literacy. We are off to a great start: Louisiana is the first state to receive award approval for the Capital Projects Fund (GUMBO), as well as the first state to receive broadband award approval from the Bipartisan Infrastructure Law. Additionally, Louisiana is No. 1 in the nation for Affordable Connectivity Program enrollment, a $30 per month internet subsidy. 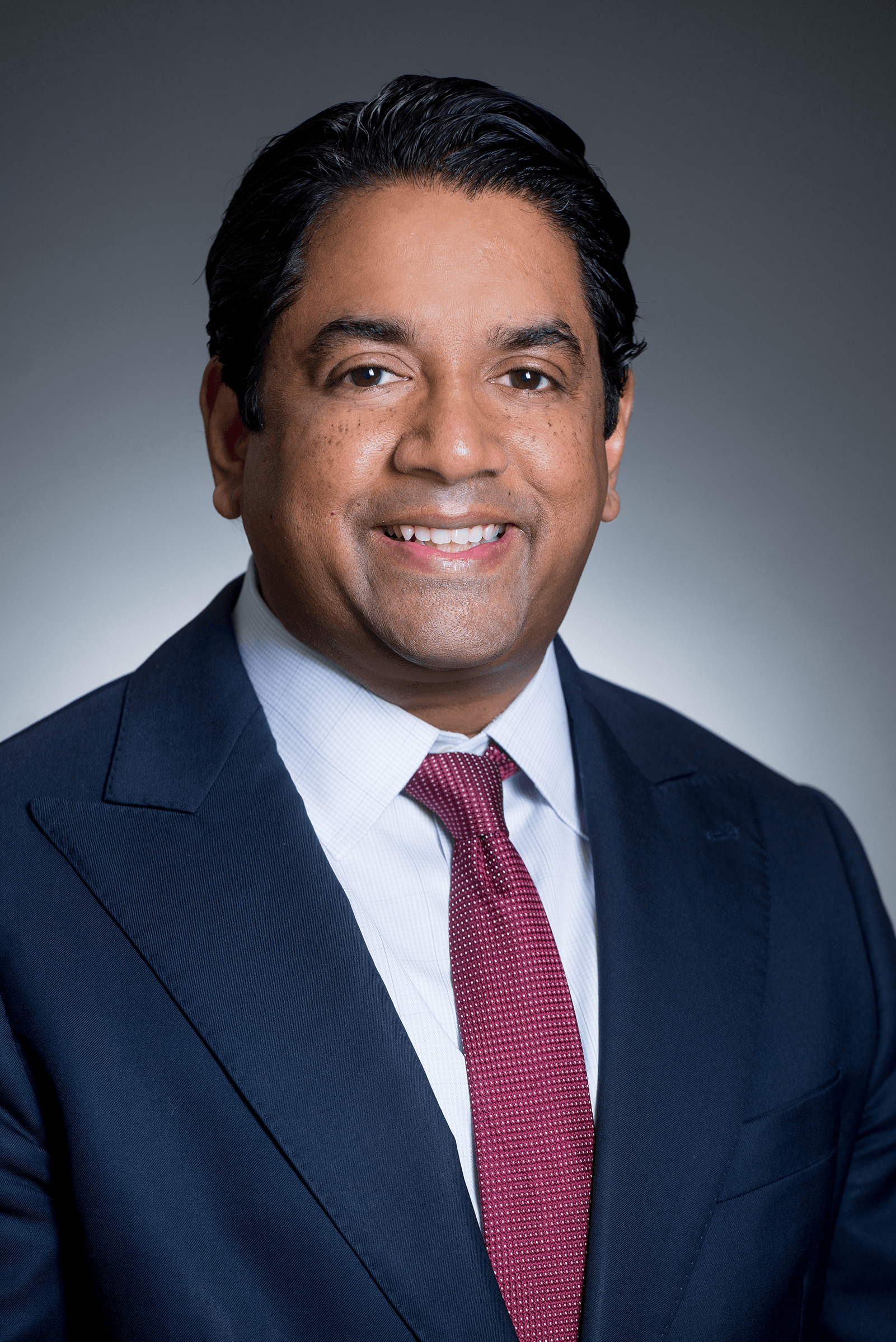 Veneeth is the first executive director for the state of Louisiana's broadband efforts (also known as ConnectLa). He is responsible for coordinating efforts among federal, state and local leaders to eliminate the digital divide in Louisiana by 2029.

He and his team are considered thought leaders in the broadband community for their rapid scale up and execution of federal dollars to impact the 1.5 million residents in Louisiana who lack high speed internet. Louisiana's efforts have been recognized and he is often asked to speak at local and national events by the Pew Charitable Trusts, National Governors Association, Former FCC officials, Fiber Broadband Association, National Conference of State Legislators, US Department of Commerce's SelectUSA Summit, National Digital Inclusion Alliance and other organizations.

ConnectLa's work has been featured in the Wall Street Journal, The Advocate, USA Today's network of newspapers and other leading telecom publications.

Their office has also been recognized nationally and among other states in the following ways:

From 2018-2021, he was the Assistant Chief Administrative Officer for East Baton Rouge Parish Mayor-President Sharon Weston-Broome. During, the parish saw the best year in history for economic development projects. His role included proactive outreach to executives from leading tech, pharmaceutical and healthcare companies, articulating the case for Baton Rouge as an investment destination. In addition, he was involved in the lifecycle of Economic Development deals and he led the administration's response in helping small business owners during the pandemic.

Veneeth was asked by Governor John Bel Edwards to co-chair his Resilient Louisiana Healthcare Task Force, which included the CEOs of Ochsner, Blue Cross Blue Shield of Louisiana and Franciscan Missionaries of Our Lady Health System. The task force recommended approaches to create an innovative healthcare economy given the challenges posed by the pandemic. Prior to his time as a public servant, Veneeth helped build the Venture Capital/Private Equity healthcare practice for Sage Growth Partners and worked in the Office of the Honorable Robert Mosbacher Jr., former CEO of the Overseas Private Investment Corporation under President George W. Bush.

Veneeth received the Johns Hopkins University Distinguished Alumni Award for Public Service in 2022, 2020 Leadership Louisiana Recipient by the Council for a Better Louisiana and 2018 Forty under 40 in Baton Rouge by the Greater Baton Rouge Business Report.

He is on Ochsner's Health State Advisory Board with the focus of significantly improving the healthcare rankings in the state, Board of Pennington Biomedical Research Foundation and Chairman for Innovation Catalyst, a non-profit evergreen investment based in Baton Rouge that has made more than a dozen investments startups. 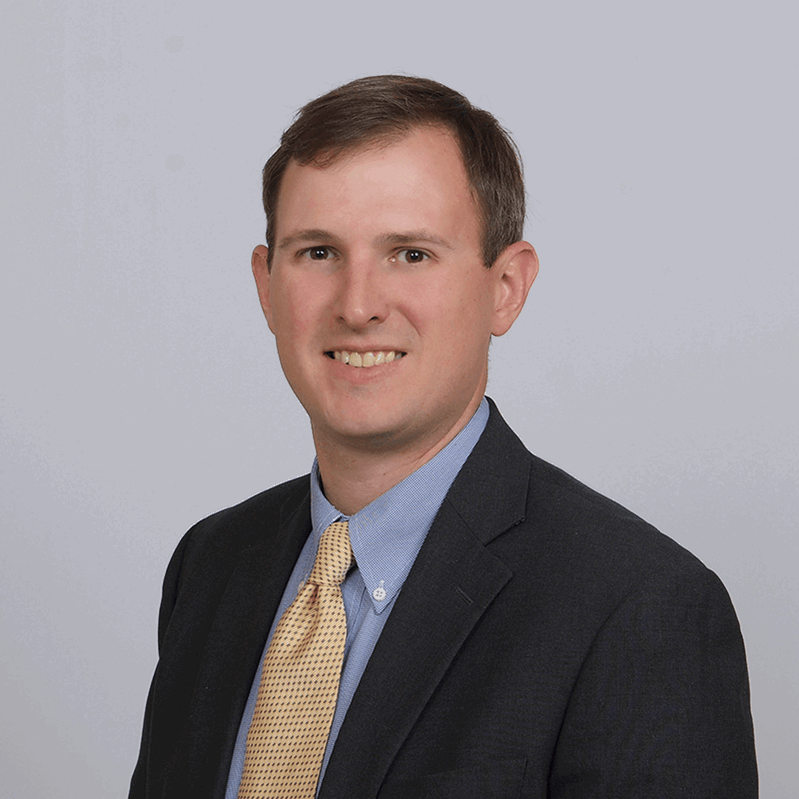 Thomas has experience in technology strategy, cybersecurity concerns, economic development and public policy disciplines. Throughout the past 13 years, he has operated in a variety of roles supporting public and private entities. Most recently, he served as a consultant and adviser for one of the nation’s leading cybersecurity and technology advisory practices. Thomas' experience includes providing information security and technology strategy, consulting and training services to a variety of clients. He has also been responsible for developing growth strategies and leading training for a variety of industry groups and clients, including the Business Resource Network, the Society of Louisiana CPAs and the Louisiana Bankers Association.

Previously, Thomas led Louisiana Economic Development’s Digital Interactive Media and Software Development Incentive Program, administering and growing one of the nation’s strongest and most comprehensive incentive programs for this industry. He assisted companies and startups of all sizes to facilitate statewide investments into workforce development opportunities. Thomas is a Baton Rouge native and a graduate of LSU where he earned his Bachelor of Arts in political science. 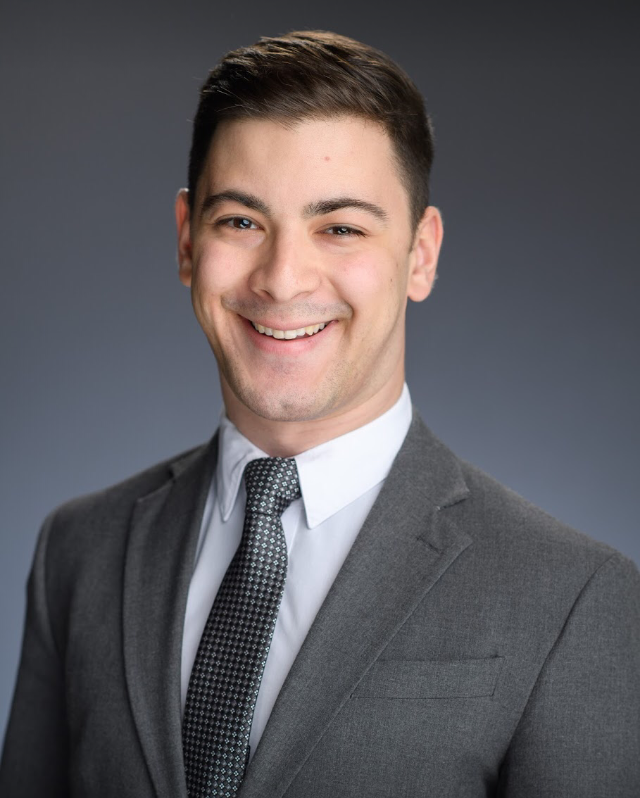 David specializes in economic, fiscal and policy issues. He has a master's in public administration from LSU where he served as a Governor's Fellow in Economic Development and supported his professors with their economic research. As an undergraduate, he earned Upper Division Honors while studying Economics from the Ogden Honors College.

Before joining our team, David spent two years working for the Louisiana Legislature as a budget analyst creating data visualizations for lawmakers and focusing on the $500 million annual operating budgets for the workforce, economic development and tourism departments. Additionally, he oversaw the tracking of American Rescue Plan Act dollars and the $800 million replenishment of the unemployment insurance trust fund. This skill set will benefit Louisiana as the state administers about $1 billion in broadband funding from the Bipartisan Infrastructure Law in the next five years.

David is excited to join the Office of Broadband Development and Connectivity to increase economic, educational and telehealth opportunities for all Louisianians. In his spare time, David enjoys cycling, reading and rooting for Brazil's national soccer team.

Broadband for Everyone in Louisiana

In August of 2019, by Executive Order, Gov. John Bel Edwards created the State of Louisiana’s Broadband for Everyone in Louisiana Commission. This commission will facilitate private sector providers, public entities, and other broadband stakeholders to improve both the adoption and availability of broadband service for Louisiana residents by providing universal access to broadband service with minimum committed speed of 25 Megabits per second download and 3 Mbps upload, scalable to up to 100 Mbps download and 100 Mbps upload, for all Louisianians by 2029.

The Office of Broadband Development and Connectivity will work in conjunction with the Broadband for Everyone in Louisiana Commission.

The board members of the Broadband for Everyone in Louisiana Commission are listed below.

Addressing the Digital Divide in communities across Louisiana will involve strategic public private partnerships. Stakeholders, such as governmental entities, ISPs, school boards or private companies looking to partner with our office on access, affordability and digital literacy issues should reach out to us at connect@la.gov or at 225.219.7594. While our response may not be immediate, we do indeed read every email and return every call. We look forward to everyone’s thoughts and ideas regarding bridging the digital divide in Louisiana.

This website is a great resource for addressing issues surrounding access, affordability and digital literacy in Louisiana. View a short overview of the website here to understand how information is organized and where to go for specific details.