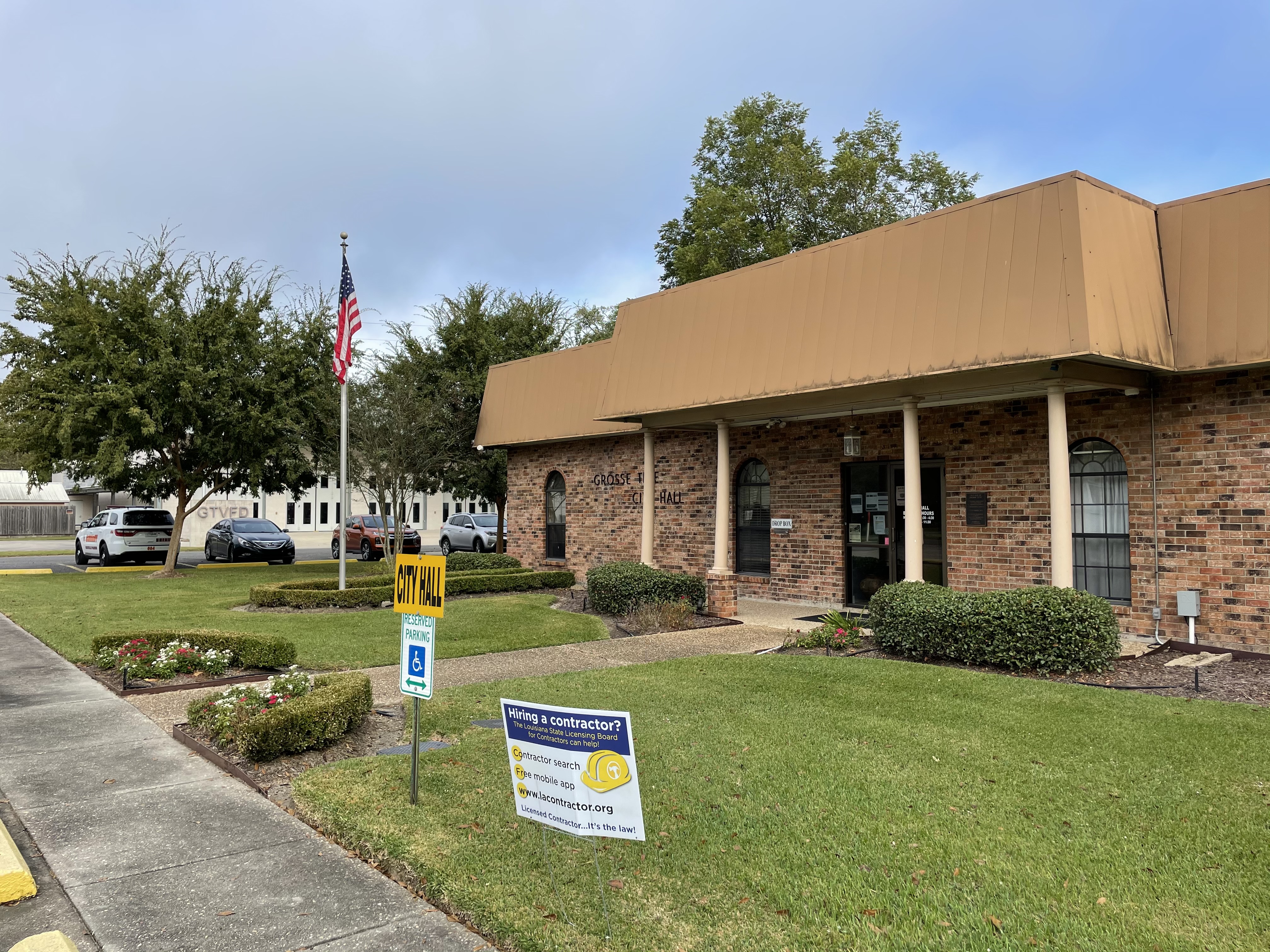 Grosse Tete is a village of less than 700 people—the smallest municipality in Iberville Parish. With plentiful live oaks, sugar cane fields and cattle pastures it may not seem like a center of technological advancement. But this community is rapidly scaling up its broadband infrastructure.

“I mean, I’m just shocked,” Grosse Tete Mayor Michael Chauffe said. “I never thought I’d be the poster child for broadband in the state of Louisiana.”

In December 2019, Grosse Tete partnered with Star Communications and applied for the U.S. Department of Agriculture ReConnect grant. Just a month later, the USDA awarded more than $15 million to the village to upgrade existing infrastructure and create new fiber optic lines over 136 square miles within Grosse Tete and the surrounding rural communities.

The grant will affect 2,609 households, 13 educational facilities, two health care centers and eight critical community facilities. From farmers to students, this investment in broadband brings new opportunities for every resident.

“Education for the children—that's our future,” Chauffe said. “At a school, at home, they can plug into that internet and search the world. It's at their fingertips.”

After hearing about the ReConnect program in February 2019, Chauffe and his team began surveying businesses and residents to gauge the need for broadband. City Hall clerk Pam George said administering the survey was an essential element in receiving the grant.

While George expected that the businesses and schools in the area lacked the internet speeds they need, the need for broadband for agriculture producers surprised her.

“I didn’t realize how much the farmers would rely on internet,” George said. “I had no clue. Their chemicals, their seed, they have all the GPS on their tractors, and they can do precision grading, and all that goes through a program.”

Another step in applying for and securing the grant was finding a private provider to serve as a partner. The village’s provider at the time refused to run fiber optic to residents just outside of the Grosse Tete limits and the monthly internet costs for areas with fiber were steep, according to Chauffe.

Researching internet companies in nearby towns led them to Star Communications, a provider that services west central Louisiana. When Chauffe approached Star to ask if it planned to bring broadband to Grosse Tete, the company said those projects may be two or three years away.

“It’s not high priority and not high powered,” Chauffe said. “So that’s when I started saying, well, we might need to kind of give him a push here.”

Once Star agreed to partner with the village, Chauffe and his team were able to put together a winning grant application, securing plans to run fiber optic cable directly to residents’ homes at no cost.

Grosse Tete prepared and submitted the grant application before the onset of the pandemic, showing just how proactive the village has been in adapting their community’s infrastructure for success in the 21st century.

“It just so happened that it was around the time that COVID was soon to come and all the schools shut down,” George said. “Well, we didn't have internet service, probably from the railroad track down. Those kids didn't have anything.”

In 2020, before construction began on the newly awarded grant projects, schools created packets for students which parents had to drive to school to pick up, bring home to their children and deliver back to school. The expanded fiber optic network has been transformative.

Businesses in Grosse Tete also feel the effects of the improved connectivity. At the height of the pandemic, residents sat in the City Hall parking lot to do remote work because they did not have an internet connection at home.

Chauffe said that the grant has also allowed businesses to expand and invest major amounts of money into the small municipality.

Tiger Truck Stop, a major fuel station along Interstate 10, complete with a country store, 24-hour café, video poker machines and souvenirs, is a major revenue source for Grosse Tete. It also relies on broadband to complete transactions and maintain the card readers at fuel pumps.

Thanks in part to the new broadband expansion, the truck stop is updating its facility with 14 fuel aisles.

“I mean, a $300,000 investment in the village of Grosse Tete is huge,” Chauffe said. “These people at the Tiger Truck Stop are spending $7 million, and the one across the bayou is about to spend $5 million redoing the whole thing over there.”

In many ways, the USDA broadband grant has made way for invaluable advancements in Grosse Tete and the surrounding areas. Students and teachers can continue learning at home, employees can work remotely, businesses can access broadband to complete essential transactions and the local medical clinic can provide critical health care to its patients.

At a time when internet service providers wouldn’t invest their time or money in Grosse Tete and the state had not yet rolled out its grant program, Mayor Chauffe and his team found a way to provide for their residents, and that proactive action has made all the difference.